A very Merry Christmas from the South Pacific! 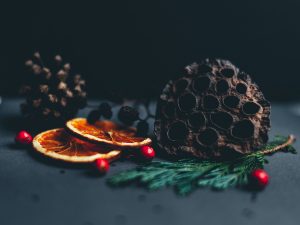 We were sorry to not be able to hold our planned seminars in Europe this year, but we hope to see you again, in the not too-distant, future.

For many of us, Christmas traditions will be disrupted this year, but our hope is that the Christmas Star, will be a reminder to us all, of the Baby, born in Bethlehem, God’s gift to humankind.

The Christmas season is when children around the world, wait in hopeful expectation for St Nicholas (Santa Claus) to leave them gifts. What a great time for us to ponder the meaning and the inspiring history of that tradition.

In the 4th century, Nicholas of Myrna was the only son of wealthy parents who had died, caring for the sick. They had eventually succumbed to the same disease as those they had been caring for (much like many thousands of health workers, who have died looking after Covid patients, in 2020.) Nicholas became a wealthy man, as he inherited everything and as his parents before him did, he used his wealth to help others.

The story is told that Nicholas had heard of the plight of a man and his wife who had come upon hard times and were living in terrible poverty. They had been so desperate that the only way they could think to survive, was to sell their daughters into slavery, where at least they would be fed. They had lost all hope. They went to bed with heavy hearts.

In the dark of night Nicholas threw a bag of gold coins through their window. The family had been amazed and surprised by the welcome gift. The following 2 mornings they awoke again to more bags of gold.

Their hope was restored.

Hope returned because they had not been forgotten. They mattered to someone.

Hope for a better life because of the kindness that had been shown to them.

Hope is such a marvelous gift and one we can pass on to others as we show the lonely, the disenfranchised, the children, that they have not been forgotten, that they matter, that there is hope for a better life where there is kindness.

As we give the gift of hope to others, let us give it to ourselves as well and remember the Christmas gift and that by Grace, we matter.

You can change your mind at any time by clicking the unsubscribe link in the footer of any email you received from us, or by contacting us at hello@insight-international.org. We will treat your information with respect. We use MailChimp as our marketing automation platform. By clicking above to submit this form, you acknowledge that the information you provide will be transferred to MailChimp for processing in accordance with their Privacy Policy.
Page load link
Go to Top