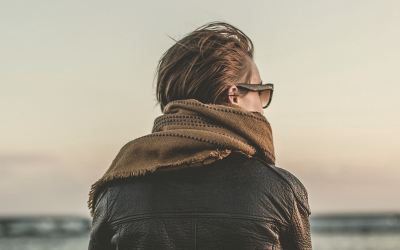 Have you ever inherited someone else’s smart phone and activated it, only to discover that there are many apps on it that you did not want and settings you needed to change?  You then probably went about turning off settings and deleting the unwanted apps.  Doing that didn’t change the basic fact that it was a smart phone but it cleared it of the previous owner’s information which would have dictated your use of the phone.

As in that scenario, the DNA we inherit from our parents has other information attached to it that influences gene expression.

Humans inherit DNA from both parents. DNA stands for deoxyribonucleic acid. It is the genetic code in all living things and determines inherited traits (e.g. eye colour) passed from parents to offspring. It’s what makes you unique!

DNA is made of strands of genetic material containing messages in the form of genes that direct the cells in our bodies to develop according to plan.  A gene is a unit of inheritance. It is estimated that humans have 20-25,000 genes (Human Genome Project)

Layered on top of these genes is additional information…epigenetic information.

“Epigenetics is essentially additional information layered on top of the sequence of letters (strings of molecules called A, C, G, and T) that makes up DNA.”

Epigenetics is the way a genome is marked and provides a fixed genome with a dynamic potential or possibility to react to the world –  its like sculpting a genome. (Szyf)

Here is another way of thinking about it.

If you consider a DNA sequence as the text of an instruction manual that explains how to make a human body, epigenetics is as if someone’s taken a pack of highlighters and used different colours to mark-up different parts of the text in different ways. For example, someone might use a pink highlighter to mark parts of the text that need to be read the most carefully, and a blue highlighter to mark parts that aren’t as important.  What is important is determined by the environment at the time and the inherited experiences of the generations before you.

There are different types of epigenetic marks, and each one tells the proteins in the cell to process those parts of the DNA in certain ways.”

For example, was there a difficulty with food in a previous generation?  Was the situation one of starvation? If so, the epigenetic mark will be for the storeage of food and the ensuing result – obesity.

But the really interesting thing about epigenetics is that the marks aren’t fixed in the same way the DNA sequence is: some of them can change throughout your lifetime, and in response to outside influences. Some can even be inherited, just like some highlighting still shows up when text is photocopied.” (The Guardian)

Because epigenetic marks are not part of the fabric of the DNA, they can be changed.  The enzymes that put them on the DNA in the first place can also take them off – meaning we can remove unhelpful inherited marks that, up until now have directed the course of our lives.

Although many people have speculated about generational effects of the past on current individuals and groups, scientific knowledge about epigenetics has only been over the last 15 years.  The work of Szyf and Meaney paved the way for a body of research investigating epigenetically inherited diseases and also effects of the emotional and physical environment of a person’s recent ancestors, exploring the environmental factors that can ‘switch on or switch off’ the expression of genes

One finding from Meaney (2001) that opened up the speculation about environmental effects of gene expression was in experiments using rats. Rat moms vary in their nurturing behaviours. Some arch their backs to make it easier for their young to nurse and lick to groom their pups extensively. Others spend far less time doing these things.  Meaney found that the type of mothering a rat receives as a pup dictates how the rat’s brain responds to stress throughout its life.  A genetic switch is activated by the early nurturing environment, causing resilience.

The science involved in this is that several epigenetic mechanisms alter gene activity in neurons, with potentially important effects on brain function and behaviour. Histone acetylation promotes gene activity, whereas histone methylation and DNA methylation tend to inhibit it. In other words, known, identifiable, chemical reactions effectively switch on or switch off gene activity.

It has been discovered that individuals inherit epigenetic after-effects of environmental factors such as trauma, famine, stress, grief e. t. c. from their recent ancestors.

There were significant relationships between parents and children regarding the effect of trauma on one’s life and level of intrusive, but not avoidance, symptoms in response to reminders of the Holocaust. Offspring with traumatic events were more likely to develop PTSD if their parents had PTSD.

A study looked at the pattern of DNA expression (methylation) in human adipose tissue from 23 healthy men, with a previous low level of physical activity, before and after a six months exercise intervention.

The study found 997 markers in association with childhood abuse and these promoters were enriched for genes involved in key cell signalling pathways related to cell regulation and development.

Evidence of Inherited Carrying the effects of Famine in the Netherlands (Epstein: 2013)

By the last winter of World War II, 1944-45, the northern provinces of the Netherlands were under Nazi control, and cut off from the southern provinces that provided corn, grain, and fish. The tremendous suffering that ensued in that pocket of the country became known as the Dutch Hunger Winter.

The study may help explain why the children of mothers who suffer through famine during early pregnancy are at heightened risk of diabetes, obesity, and schizophrenia later in life.

The finding of these studies may seem quite daunting but there is good news about epigenetics!

Environmental contexts can alter epigenetic expression and if we can learn to work with this phenomenon, we may be able to create greater well-being for ourselves.

The field of epigenetics is showing that the things that happen to you in your life and your environment change the way your genes operate.  They are switched on or off and your genes and lifestyle choices form a feedback loop affecting the hundreds of proteins, enzymes, and other chemicals that regulate cells throughout your body.

Debbie Hampton of the Huffington Post writes, “Only about 5 percent of gene mutations are thought to be the direct cause of health issues. That leaves 95 percent of genes linked to disorders acting as influencers, which can be influenced one way or another, depending on life factors. Of course, many of these are beyond your control, like childhood events, but some are entirely within your control, such as diet, exercise, stress management, and emotional states. The last two factors are directly dependent on your thoughts.”

“A new study by researchers…reported the first evidence of specific molecular changes in the body following a period of mindfulness meditation.

The study investigated the effects of a day of intensive mindfulness practice in a group of experienced meditators, compared to a group of untrained control subjects who engaged in quiet non-meditative activities. After eight hours of mindfulness practice, the meditators showed a range of genetic and molecular differences, including altered levels of gene-regulating machinery and reduced levels of pro-inflammatory genes, which in turn correlated with faster physical recovery from a stressful situation.

“To the best of our knowledge, this is the first paper that shows rapid alterations in gene expression within subjects associated with mindfulness meditation practice,” says study author Richard J. Davidson, founder of the Center for Investigating Healthy Minds and the William James and Vilas Professor of Psychology and Psychiatry at the University of Wisconsin-Madison.”

Chronic inflammation is connected to many issues – depression, Alzheimer’s disease, cancer, and obesity etc. Based on research it is thought that meditation may be able to prevent such detrimental inflammation.

Evidence suggests that meditation could be influencing HDACs and inflammatory pathways in ways similar to that of anti-inflammatory drugs such as histone deacetylase inhibitors.

Meditation may also protect parts of your chromosomes central to gene expression. Telomeres, the protective end caps of chromosomes are important to health and have been previously implicated in epigenetics. Their length has been shown to influence whether target genes are switched on or off and telomerase activity is thought to be linked to psychological stress and physical health.

But by simply meditating, you may be able to maintain telomere length and actually increase telomerase activity. In a study published in Cancer, researchers found distressed breast cancer survivors who engaged in mindfulness meditation could maintain their telomere length, but those that didn’t undergo meditation actually saw their telomeres decrease in length. Telomeres are also reportedly shorter in people with diabetes, heart disease, high stress levels, and may predict diseases that are regulated by psychological stress.

Recent research suggests that meditation and other similar lifestyle changes may also be able to reduce the risk of cancer. Dr. Dean Ornish and scientists at University of California, San Francisco studied men with low-risk prostate cancer. The subjects who underwent hour long breathing and meditation exercise on a daily basis and other activities (yoga or walking) showed decreased expression in genes associated with cancer.<

It is fantastic that something as simple as meditating can improve your health significantly, but it has become clear that an epigenetic link between meditation and its potential disease-reducing benefits can help us move toward greater well-being.

You can change your mind at any time by clicking the unsubscribe link in the footer of any email you received from us, or by contacting us at hello@insight-international.org. We will treat your information with respect. We use MailChimp as our marketing automation platform. By clicking above to submit this form, you acknowledge that the information you provide will be transferred to MailChimp for processing in accordance with their Privacy Policy.