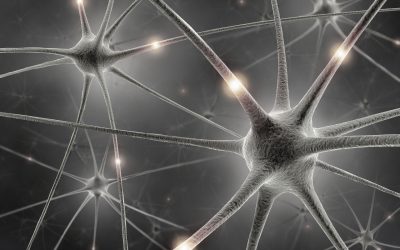 Insight Focused Therapy has been developed by Pauline Skeates, a therapist from New Zealand whose interest in helping clients to overcome obstacles in their pursuit of well-being, led to a search of research literature on the subject of the human fear response.

What she had discovered in clinical practice was that although people wanted to change, the fear response often caused them to ‘close down’, preventing them from processing or absorbing new information that could potentially free them from old patterns.

Skeates’ search to discover the most effective vehicle for change, led her to the work of  Daniel Siegel.  His reporting of recent neuroscience research indicated the innate ability of human beings to intentionally re-configure their brains at a structural level (neuroplasticity), given suitable environmental factors.

There are genetic and environmental factors that shape our brains throughout our lifespan.  Initially, early interactions with primary caregivers lay down neural connections in the developing brain of the infant that form representations of the world and the beginnings of self-concept.

“…early interpersonal experiences may be far more influential than are those occurring later.  The fact that they are preconscious and non-verbal makes them difficult to discover and more resistant to change…we emerge into self-awareness pre-programmed by unconsciously organized hidden layers of neural processing.  The structure of these neural networks organizes core structures of our experience of self” (Cozolino, 2010, p.72)<

Whether the cause is from early experiences or more recent issues, people come to therapy because their minds are troubled by something and they are seeking help in negotiating issues or symptoms they are experiencing. Such issues vary greatly and the underlying beliefs that fuel the issues are represented by neural structures and pathways in the brain. These function by means of electrical impulses and chemical messages.

Ecker (2011) states, “Neuroscientists’ discovery in 1997 and their confirmation by 2000 of a process that does, after all, truly unlock and revise or even erase specific emotional learnings was therefore a major breakthrough. Researchers have shown that emotional memory circuits can be unlocked out of their consolidated state and, while still unlocked, can be altered by new learning within the following five or six hours, after which the neural circuits of the altered learning are again locked (reconsolidated) into a stable state. This is fundamentally different from extinction, which does not unlock the original learning.

The seemingly solid tenet of indelibility had crumbled. The vault of emotional memory comes with a key, and that key has been found. Early emotional conditioning need not be a life sentence. Brain scientists have now demonstrated that as soon as a particular bit of emotional learning has been erased, the responses of emotion and behavior that it had been generating cease immediately and effortlessly, and cannot be retriggered.”

Insight Focused Therapy is a gentle, non-invasive therapy that incorporates attitudes of curiosity and non-judgemental kindness. This process helps people to discover insights that have the ability to transport them beyond old ways of thinking and behaving and into a compassionate and peaceful way of life. As old neural pathways and structures are permanently reconfigured, symptomatic issues disappear.

You will find the approach to be accessible, practical, effective and applicable.

The IFT process is effective because it:

IFT training courses are available in New Zealand and Europe.

You can change your mind at any time by clicking the unsubscribe link in the footer of any email you received from us, or by contacting us at hello@insight-international.org. We will treat your information with respect. We use MailChimp as our marketing automation platform. By clicking above to submit this form, you acknowledge that the information you provide will be transferred to MailChimp for processing in accordance with their Privacy Policy.